Please remember to register on this website, so we can send you your dose of travel news customized as per your requirements.

Emirates increases to 11 flights per week to Lagos

Emirates has been serving Nigeria since 2004. On its Lagos route, it is now returning to its pre-pandemic flight frequencies.

In response to growing passenger demand for air travel, Emirates has strengthened its position in Nigeria. Since 27 June, the Emirates carrier has reopened its second flight to Lagos. This second ro… read more

Global air travel is set to recover 65% in Q3

A new report, produced for the World Travel Market (WTM) by ForwardKeys, reveals that in the third quarter of the year, July, August and September, global air travel is set to reach 65% of where it was before the pandemic in 2019. However, the revival is patchy, with some parts of the world doing much better than others and … read more

THE organisers of the biggest travel and tourism expo in West Africa, AKWAABA African Travel Market says that the 18th Edition of the event will focus more attention on Medical Tourism.

To enable corporate organisations to offer effective and efficient travel services to their staff, Touch Down Travels has introduced the use of the Corporate Self-Booking Tool (CSBT) to all its customers.

Speaking at the Corporate Fair 2022 organised by the agency in Lagos on Thursday, Chief Operating Officer, Touchdown Trave… read more

An estimated $1 billion of international airline revenues are being  blocked  from repatriation by 12 countries across Africa, threatening the recovery of travel and tourism in the continent.

The competition, which is presently open to secondary school students of all ages, is aimed at entrenching the values of patriotism, love for hum… read more 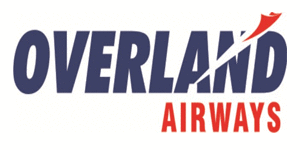 OVERLAND Airways flight OF1188, an ATR aircraf wiith registration marks 5N- BRQ from Ilorin to Lagos around 7:50pm on Wednesday experienced a high turbine temperature on one of its engines but landed safely with all 33 passengers despite a fire starting on the aircraft engine.

A video on made available to NigerianFLIGHTD… read more

Federal government believes that a new runway for the Nnamdi Azikiwe International Airport, NAIA, would go a long way to boost aviation economy given that the previous infrastructure is overburdened and in need of upgrades too.

Two organisations dedicated to improving travel and tourism will collaborate to advance the careers of African women in the travel and hospitality sector in Africa.

Hilton’s Africa & Indian Ocean (AIO) region closed off the final day of their three-day Women in Leadership Conference. This event was designed to celebrate and highlight the achievements of women throughout Hilton and female leadership across the group. The hybrid event was hosted at Hilton Sandton in Johannesburg and streamed online… read more

Emirates increases to 11 flights per week to Lagos

Congo: ECAir completes its restructuring with "a few months" to go

travelnews.africa is the first of its kind portal exclusively servicing travel agents in the Sub Saharan Africa Region with travel news from various sectors of travel i.e. airlines, hotels etc.

Our travel news does not only focuse on transportation like airlines and rail, but also on hotels, IT, cruises, and other areas of interest for travel agents. Our travel news is not only for the benefit of the traveler but also serves to update and inform travel staff in the Sub Saharan Africa Region on the latest travel news and developments.

travelnews.africa is unique in the way it assists travel readers in sub Saharan Africa to be up-to-date in sub Saharan Africa with the latest news on a daily basis, and provides concise & relevant information without the waffle making it convenient for you to keep you and your colleagues up-to-date, to better inform customers and offer precise recommendations.

Our travel news portal has refined navigation so you can search per country in sub Saharan Africa, scroll to the bottom of the website to find a list of the countries, double click on a country to get that country’s news. and you could search per sector in travel i.e. flights, leisure, rail, IT etc. (at the top of the website). Or you could search the news portal by using specific words or phrases and entering these into the search bar and clicking search.